INFO: This review was written in the year 2000, therefore I was much younger when I wrote it. The quality of the writing is probably much lower. Don’t grimace too much when you read it, please! 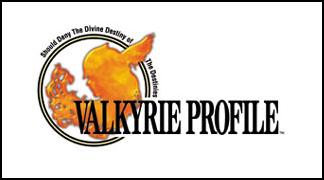 “Enix has always been known for bringing us the goods from Japan and they’ve done it again.”

When I was first looking around for an RPG to buy a few months back, I wasn’t sure what to burn my money on. In my mind then, Valkyrie Profile was just another game sitting on the shelf with the fancy cover art. The third time I saw it for rental I thought, “That’s it. I’m gonna buy it.”

Let me tell you, if I had a choice to buy either Valkyrie Profile or something such as Star Ocean, I’d go with Valkyrie Profile. The graphics themselves, while 2D, are very sleek and attractive. Castles and buildings have a nice sense of realism to them, which adds a lot of depth to a game. The character sprites are all nice looking, with the standard ho-hum attack animations, but there is an exception here… Often you’ll get the opportunity to “purify weird soul.” When you do this, a character will often fly into an attacking frenzy that makes Omni Slash and Lionheart look like child’s play! Arngrim, who wields a large (and I mean large!) is able to final blast, which does mega damage when he has awesome weapons (we’re talking upwards of 50’000 damage). The monster sprites look very impressive as well, but some look a little… Strange… I was impressed greatly by the sprites of such monsters like the zombie dragon or the necrophiliac. Environments you run through are very detailed, every little piece of every wall seems unique.

The music in Valkyrie Profile can be somewhat catchy, but the game has some tracks you’d like to dismantle But for the most part the music fits the scene (notice how I said most!). Now the voices are really something unique. From Suo screaming “Admirable skill, but still no match for me!” to the Valkyrie herself yelling “Nibelung Valesti” when she prepares to assault the opponents. Certain bosses have voices as well, one being the gigantic Barbarossa. The problem with his voice though is that it is all raspy and horrible during combat. When in the field (or towns/dungeons characters often speak back and forth to each other. If you were to close your eyes when they do so, it seems as if you’re near an actual conversation. Very good job here, Tri-Ace.

The sound generates at least 5 points on the overall Sound/Music score, music grabbing a measly 2.5 points for the certain tracks that don’t go with the game (some sound like metal or something…)! The storyline in Valkyrie Profile isn’t incredible, it doesn’t make my jaw drop in awe… Hell, Final Fantasy VI’s spectacular story makes Valkyrie Profile’s dull story seem like a child’s short story or something. None the less, it has it’s good points, and I’m not going to give away any spoilers… As for replayability, you will NEVER have the same game twice. Remember that. There is a lot of innovation in this game… Too bad there weren’t any mini games, or we’d be looking at a game that would be at least 10 times more addictive! In the end, I was somewhat satisfied, but I wanted more. In my eyes, Valkyrie Profile 2 is not impossible.